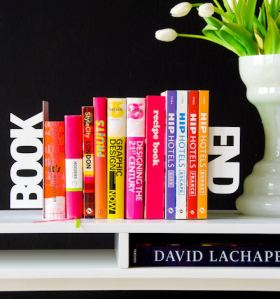 Two events this week serve as bookends to an important issue.

First, there is the pending retirement of Mrs. T (not her real initial), a long time, outstanding, award-winning advanced science and mathematics teacher.  Having taught and been the recipient of numerous awards for teaching excellence in multiple districts over her 30+ year career, Mrs. T is opting to retire this year. She has been that kind of teacher who brings toys to class to demonstrate scientific principles, making learning fun. Still, she makes no bones about expecting a lot, more than most teens know they can produce. Year after year after year, to their delight and hers, they attain what she KNEW they could do!

This year, she will leave because the joy in students’ growth no longer exceeds the weight of despair which has blossomed when Mrs. T refused to accept cheating on her exams; when Mrs. T refused to tolerate plagiarism on a scientific research assignment. In one case, following the student handbook at her campus, she began to refer the situation to the Honor Council. The student’s parents stormed in to demand that she could NOT do that! When asked to clarify, they announced that if Mrs. T turned their kid into the Honor Council, it would mean disbarment from the Honor Society. And, how would THAT look, they demanded! Mrs. T was stunned. Could it be that these parents valued the appearance of honor more than honor itself? After weeks of persistent, pleading, and accusations from the family. . . only one instance of several such families. . .Mrs. T reports that she is exhausted and discouraged. “I can’t teach science and values too.” She’ll be retiring. Our community should be heartsick.

Meanwhile, in another venue altogether, Mr. S (not his real initial) is also retiring from being a scout leader for twelve years. By some estimates, he’s been  involved in approximately 96 camp-outs, 12 week-long summer camps, 2 or 3 national jamborees, and over 650 camp meals. We won’t think about how many knots he’s tied or how many boys he’s lectured on team work or first aid. Mr. S is not “trained” for scouting; he has a real job which he has also performed faithfully all these years. Scouting was something that just sort of grew on him until the years rolled by, the boys grew to manhood.   And there they were at his retirement bash. Parents and kids were asked to give testimonials. The one consistent theme among the recollections was summarized by a gawky, middle-school aged boy who told the group, “Mr. S taught us that integrity is what we do when no one is looking.”

“Integrity,” is a trait which seems to be in short supply sometimes. Every adult in our community would agree to the importance of academic honesty, integrity, telling the truth. And yet . . . this month we’ll have two remarkable adults, adults who’ve chosen to invest years in kids’ lives, two adults who’ll leave their posts in stunningly different manners. I can’t help wondering if the difference is not in the kids they worked with but in the support of the parents whose kids were expected to do difficult, growth-producing things. These two fine individuals seem to me like bookends doing their best to uphold integrity. I wonder what you and I can do this week to uphold such contributors to our kids and our communities.