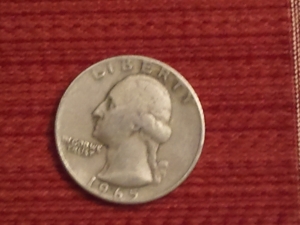 I don’t want to come across as dismissive, mainly because I’ve had middle school boys and I KNOW how it feels to want to throttle them! BUT. . . sometimes I just want to say, “If I had a quarter for every parent who’s said something like, ‘My middle school boy just isn’t performing up to his ability,‘ I’d be a WEALTHY woman! Really, I hear that complaint at least once a week, so much that I’ve come to feel that non-performance is almost the norm for that age guy. But, like I said, I’ve had boys that age and that non-performance mode and I KNOW how frustrating it can be. So I’d like to shed what light I can on the issue.

First of all, one difference between boys and girls noted by educational experts has to do with their motivations to learn. It seems that girls (mostly) are motivated by wanting to please others: their parents, their teachers, even their peers. Boys (mostly), on the other hand, are motivated to learn IF it interests them OR IF they find the presentation of the material engaging. And if we’re honest, how much of middle school meets either of those criteria? When we look at the teachers our boys love, they’re often those crazy, wild fun ones who’re 85% entertainer, 10% cop and 5% teacher. Once some boys hit high school, we can convince them that learning/performing has a purpose if none other than to gain their independence to go to college or live on their own. A few catch a glimmer of their own future, one they’ll have to build with their own work. But for most, that remains a distant illusion.

In an informal survey of well-educated, successful men in my community, I ask, “How old were you when you kicked it into gear academically?” (I double-dog dare you to ask a few men that question!) Exactly one said middle school (and I knew him in middle school and it was a little scary how intense he was); a few said junior year of high school (about the time they realized their grades really WERE going to determine where/if they went to college); most men told me they kicked it into gear about junior year of college AND more than one said, “What do you mean? I don’t think I HAVE kicked it yet!” I think these replies are why, on the whole, dads are not as concerned about their middle school boys as moms are!

So, how about some tips for what to do until IT happens:

Remember that in so many ways, he’s like a puppy who’s never met up with a leash. He really doesn’t want to quit playing in order to work. But with a bit of patience, consistency and understanding from you, I’ll bet you a quarter, he’ll do it!