Maria Montessori, a physician in the 1800s, was noted for her many contributions to understanding child development. The one I find myself thinking about most often is her concept of sensitive periods of development, what we could call “developmental windows.” This term was Dr. Montessori’s way of explaining the progress which children make through developmental processes. . . long before modern science could visualize actual brain growth. While these developmental windows were “open,” children seemed driven toward working on certain types of tasks. 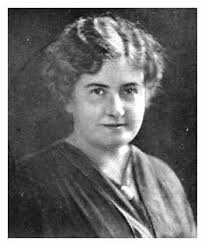 For example, the developmental window for language acquisition is from about 18 months until four or five years of age. Children that age seem to be speaking constantly, playing with words, acquiring multi-syllable words as easily as simple ones. During that time, children can learn virtually any language with relatively little effort. It just seems to go into their brains and make sense. Of course, we can acquire language later, but the brain seems to require much more effort to do so. Montessori posited that we also have developmental windows for large motor muscle skills, learning to read, learning to compute and so on. The length of these “windows” may be related to the levels of complication of the tasks being learned.

Which brings us to a most interesting developmental window, that of emotional (what’s going on inside me) and social (what’s going on inside and among them) understanding and self- control. Although this task is underway every day of a person’s life, developmental theorists tell us that human adolescents require from about age eleven until perhaps as long as early twenties to complete, or at least mostly master, the very complicated set of skills necessary to understand her/his own feelings and the feelings of others and to moderate her/his behavior accordingly. Imagine, ten or more years! The length of time suggests the enormous complexity of the task at hand.

Think of all a person learns during adolescence about himself, other people, and how to interact with them. Learning includes:

* discovering that others may have an ulterior reason for saying    something

* suffering the consequences of divulging someone else’s secret

* experiencing the pressure of leading other people

* protecting someone who ultimately doesn’t appreciate you

* being excited to be included in a desirable group

* being noticed by someone you think is attractive

* coming to terms with being an extrovert. . . or introvert

* discovering you’re not as smart as some

* but smarter than others

* accepting that your family is not perfect but loving them anyway

* realizing that your temper, even if you’re right, could get you in trouble

* discerning who is trustworthy and who is not

* digging yourself out of a hole if you have been untrustworthy

When they look at their young teens, many parents are frustrated, almost disappointed, that the kid’s social skills are so rough. Parents fret that their kid is ever going to attain any measure of social acceptability. The kid shows off too much. . . or won’t look people in the eye when shaking hands. But during those moments of concern, it’s useful to understand and accept that this is a VERY BIG window. In other words, we have lots of time to accomplish this very large, very complicated task. The good news is that we’ve got about ten years or more to complete it.

It might help to look back and see what he or she has accomplished in the last year or two. Be sure and let him know that you notice and appreciate his progress. Then hug your kid and decide which tiny part you’ll tackle today!